Telšiai culture centre’s folklore ensemble CIUCIURUKS was founded by Rita Macijauskiene in 1989. Today it is one of the vital children folklore ensembles in Samogitia region. Children and teenagers from 4 to 19

A big part of Lithuanian folk music is very archaic, for ritual purposes. In the overall context of Europe ethnomusicology Lithuanian music is assigned to the northern Europe. In the eastern part of this area there are traits and melody of string („kanklės” – it is not translated) and winds cultures. Lithuania is in their junction, because of that its ethnic music is very special their variety.

Lithuanian folk songs are gentle, lyrical and mostly sad. Texts reflect nature, animal and bird life. Songs are about the tragic fate of orphans, the hard work of the farmer and gentle feelings of girls and boys. In the songs there are a lot of comparisons. Human life is equated to plants, especially trees, life, there is asked of birds and animals help.

Lithuanian folk songs rhythm is quite complex. It's like the story alive, constantly changing and is running away. It is quite difficult to write down because of frequent changes in meter, full of pauses. This is the most important features of Lithuanian folk songs that reflect their own specific mood and identity.

The polyphony is the most typical for Samogitia, where it is especially archaic, but it is more or less common throughout Lithuania. Also, Samogitinans (the lowlanders) loved in their melodies to distinguish the highest note and to extend it. It is a distinctive feature of Samogitian songs.

Children's games in the past have had exclusively ceremonial purposes in connection with the old faith, and later became a children's favorite genre of losing its original meaning and purpose. Dancing is often of later origin, mainly for entertaining, often are included in the ceremonies changing the games. Dancing has experienced a significant impact of neighboring countries, also took over a lot of game elements. 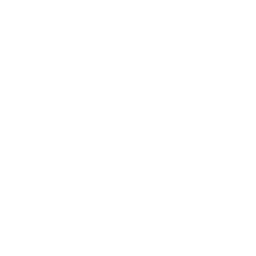